Birds. Some love them, some hate them, and some love to hate them. Whichever category you fall into, they’re extremely bad news when they make themselves comfortable within your roof space.

In a very short space of time, birds that nest within roof spaces are able to cause thousands upon thousands of dollars’ worth of damage to cabling and the like, often before you’ve even realised that they’re in there. The plug and cable photographed had been attached to an exhaust fan, and it was installed brand new just over one month ago. Within a matter of weeks, birds were able to cause this level of damage, and the cable you see has been chewed into two completely separate pieces. The owner of this property called us to investigate why their brand new exhaust fan wasn’t operating, and as you can see, the answer is pretty clear!

Fortunately, this client was extremely lucky. The birds hadn’t yet turned their attention to other wiring within the roof, meaning that at this stage, it was an isolated incident and there were no catastrophic outcomes in this scenario. Are you aware of the implications that this type of incident can create? If not, read on, because it’s a serious issue with some very serious potential outcomes!

Electrical wires that conduct electricity are insulated in order to contain the electrical pressure, much the same as a hose or a pipe is used to contain water under pressure, in an attempt to safely direct the product to where we need it to go. The insulation around electrical wiring is a type of material that does not readily conduct electricity, and there should be no available point at which the electricity can leak or escape in order for it to remain safe. Once this insulation has been compromised, electricity has a path from which it can escape, and this can be very dangerous.

In this scenario, not only has the insulation been completely obliterated, the electrical wiring has been chewed into two separate pieces. When electricity travels along a damaged path instead of the intended path, it has the ability to jump to a nearby grounded object. This is known as an electrical arc, and the intense heat and light energy at the point of the arc is called the arc flash. Electrical arcing and arc flashes are tremendously dangerous, as they involve the release of enormous amounts of heat and electrical energy, that have the ability to cause injury or death through severe burns and fire.

If this type of wiring exists in your roof space, were you aware that you are directly responsible and may be held liable if personal injury or loss of life occurs while people are undertaking works on your house? It’s quit a sobering fact, considering the reality that you may not even realise these issues may be occurring within your roof space. It seems quite extreme that this can all occur as a direct result of birds nesting in your roof, but I can assure you that it is a reality, and not something to be taken lightly.

If you suspect that you may have birds nesting within your roof space, do not delay in calling the specialists in to have them removed while enlisting the services of a licensed electrician to inspect your wiring. If you don’t, you may risk losing a lot more than just a couple of dollars on pest control expenses.

In a very short space of time, birds that nest within roof spaces are able to cause thousands upon thousands of dollars’ worth of damage to cabling.

Hours – 8am to 5pm Weekdays 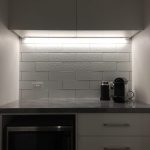 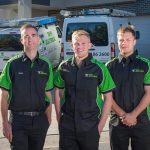